Abdul Sattar Edhi (late) was born to a family of traders and migrated to Pakistan in 1947. Who knew that a man who used to tease poor people in his childhood would become their support through the rest of his life? Today, Edhi is not among us, but he has left his humanitarian life as a demonstration behind for others to learn and follow his cause of serving mankind.

Also known as the ‘richest poor man’, Edhi used to wake up early and think about oppressed strata of the society in his room, which hardly had any luxuries.  He ran his empire of 1,500 ambulances and many other facilities for unprivileged folks from his one-room office and remained away from the glamours of life. He never drove any car other than ambulances and used to wear simple clothes and a pair of shoes. The philanthropist dug his own grave 25 years ago in his very own Edhi Village.

“I didn’t have a single penny; so I stood at roadsides and collected alms. If I was not doing this, I would be doing anything. I never thought about quitting. This was my destiny, my cause, my intention; so, I kept working,” said Edhi during an interview to a news reporting agency.

“The cause of humanity is too big; unfortunately, I could not achieve it…I couldn’t eliminate poverty,” he added.

Edhi was not awarded a Nobel Prize, and he never cared about it because the award didn’t mean anything to him. In fact, his services were so great that a mere Nobel Prize was not enough to honour this national hero.

Those who know Edhi inside out are in gloom today. May ALLAH forgive Abdul Sattar Edhi (late) and grant him high ranks in Jannah. Aameen 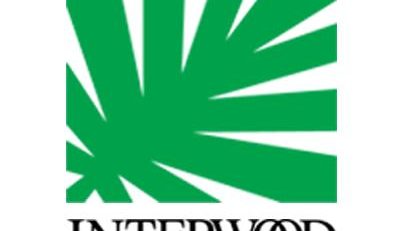 There are various celebrated furniture brands in our country which produce high-quality furniture items espousing latest and unique designs. Some... read more Which Options do you have other than Wooden Furniture?

When it comes to furniture manufacturing, wood is indeed the most commonly used material. However, considering pro-nature causes and the... read more How can you use items from kitchen pantry to make your furniture shimmer?

It is true that commercial furniture shiners are not only sumptuous, but are also noxious if you have kids in... read more “…This is how I want my bedroom to look like.”  A thought that crosses your mind once you want to... read more Khyber Pakhtunkhwa’s furniture and handicraft industry has witnessed a setback in some recent years due to various problems such as... read more Eid-ul-Azha being celebrated with religious fervour?

The whole nation is rejoicing Eid-ul-Azha with religious passion in commemoration of Hazrat Ibrahim’s sacrifice of his beloved son Hazrat... read more Interiors Pakistan Expo 2014 is Around the Corner!